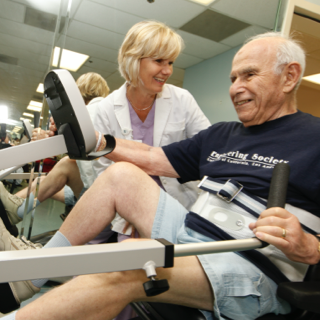 Home / About Us
WELCOME TO LOS ANGELES JEWISH HEALTH

The evolution of our name from Los Angeles Jewish Home to Los Angeles Jewish Health reflects our commitment to providing a broad spectrum of best-in-class senior healthcare services while staying true to our mission - delivering excellence in senior care for all, rooted in Jewish values. With more than 100 years of trusted care for seniors, we have evolved to meet the ever-changing needs of each individual.

As the largest single-source senior housing provider in Los Angeles, our San Fernando Valley and Playa Vista campuses are home to more than 1,000 women and men. We serve more than 4,000 seniors through our comprehensive healthcare programs and provide independent living options for those who simply want the reassurance that help is there if they need it. From adult day care activities to residential living to short-term or long-term care, we meet you where you are in life to provide the right personalized senior experience for you.

Subscribe to our newsletter and get Los Angeles Jewish Health's Connections publication.

Every day, we provide high-quality, compassionate care for seniors in the Los Angeles area.

Los Angeles Jewish Health started as an act of kindness in 1912. Since then, we have continued to serve seniors with care and compassion. 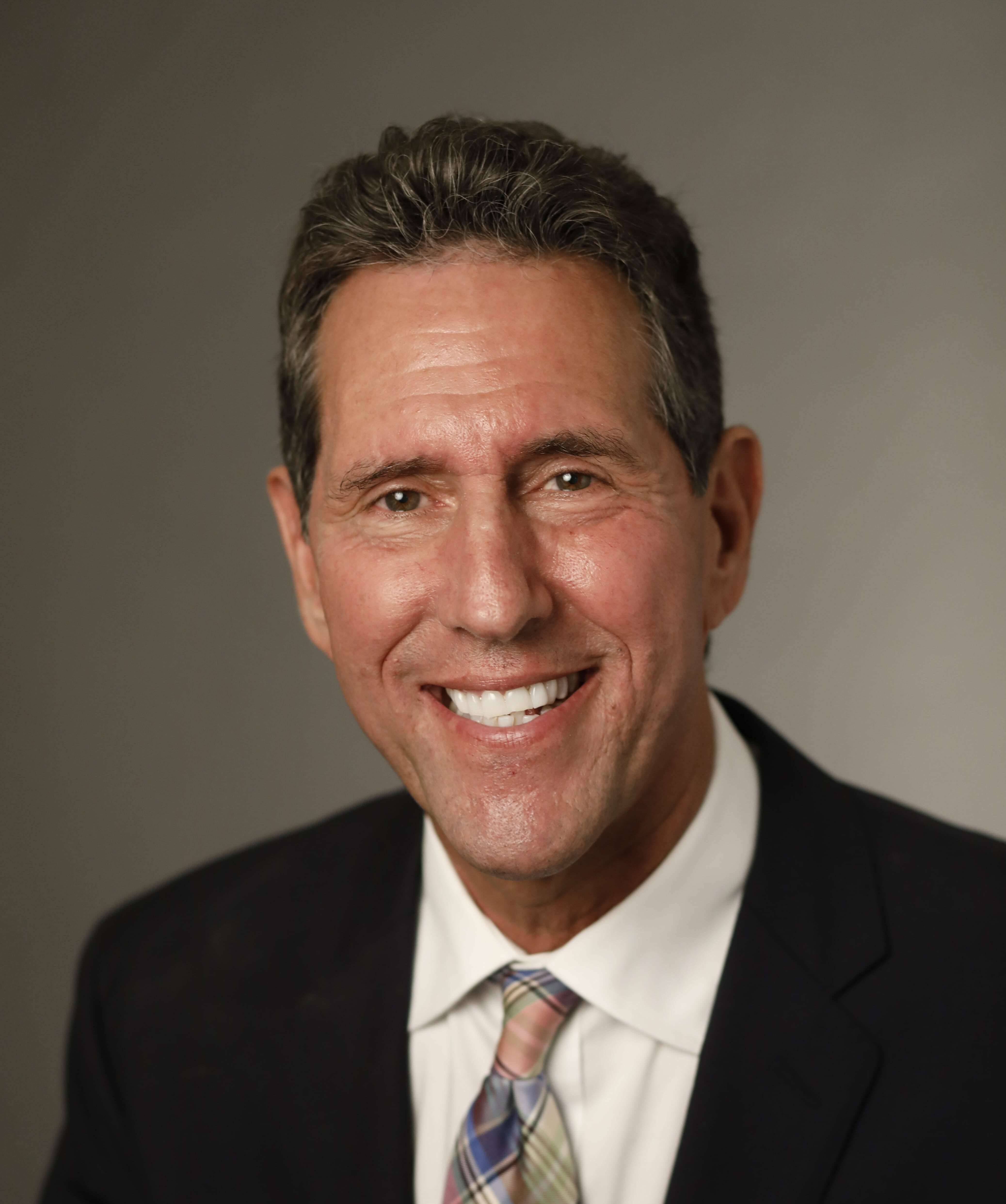 Andrew Berman is an entertainment industry veteran with over 35 years of experience in global content sales, marketing, and content acquisition. But it is his focus on giving back, much more than his business achievements, that defines his idea of success and fulfillment.

“I first heard about the Jewish Home (now Los Angeles Jewish Health) from a friend who was already actively engaged with the organization. He suggested I take a tour – and I was hooked!” Berman says. He immediately decided to join the Parent Board and spent time volunteering at the Home; three years later, he was elevated to the board chair position. “I believe it’s an obligation to give back, and I’ve always had an affinity and great respect and admiration for seniors,” Berman says. “Our senior population is growing and will continue to do so. We must address this situation and take care of them. Seniors should be considered treasures in our society and deserve dignity, care and love. I’m thrilled and honored to have accepted this role, where daily, I can see first-hand all the wonderful things the organization does.”

A native Angeleno, Berman has a long history of philanthropic involvement in his local community. In addition to his work with the Home, he has served in a volunteer capacity with organizations including the Crohn’s and Colitis Foundation of America (past president, Board of Trustees), Didi Hirsch Mental Health Services (Capital Campaign Committee), Stephen Wise Temple (Board of Directors), and Connecting to Cure (Board of Directors).

At Los Angeles Jewish Health, Berman is focused on expanding programs and services to cover our growing senior population. This includes spreading the message about the Home to donors and other supporters throughout Southern California. “This is such an impressive place and organization that so many people aren’t fully aware of,” he notes. “Whether they are accessing independent living, skilled nursing, or memory care, our seniors receive extraordinary care. A big part of the reason is the people who work here – many of them have been with the Home for 20 or 30 years. They are truly invested and dedicated to their work, and it shows.”

Berman grew up in Beverly Hills but has spent the past three decades as a “Valley refugee” in Encino and Tarzana. He graduated from California State University, Northridge, with a B.A. in radio, television, and film. He and his wife, Marci, have two adult daughters.

For Berman, his tenure as board chair is a unique opportunity to strengthen the social fabric of Los Angeles. “Los Angeles Jewish Health is all about direct impact, and it makes a real and positive difference in seniors’ lives every day,” he says. “How many organizations can say that?” 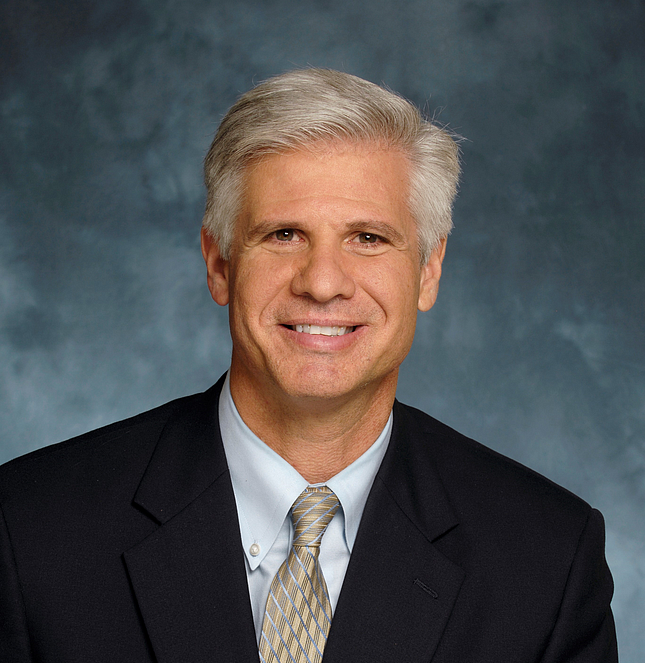 Prior to his current role, Dale served as Chief Executive at Providence Cedars-Sinai Tarzana Medical Center. In 1997, Dale became the CEO of what was known as Encino-Tarzana Regional Medical Center. In 2008, he played an integral role in assuring the Tarzana campus was acquired by Providence Health and Services. This unique transaction of moving from an investor-owned, for-profit institution to a not-for-profit, faith-based hospital is one of the only hospitals in the country ever to accomplish this type of transition. In addition, in 2019, Dale completed a 2-year effort with Cedars-Sinai Health System becoming a 49% owner of the hospital. This enabled them to develop new programs and services previously unavailable in the San Fernando Valley while ensuring the sustainability of a world-class medical center to meet the community's growing needs for generations to come.

As Dale embarked on this latest role with Los Angeles Jewish Health he took the helm of the, comprehensive, non-denominational, nonprofit senior healthcare system with an ambitious vision of expanding services throughout the entire Los Angeles area. Currently reaching nearly 4,000 seniors annually, the goal is to continue expanding to serve 10,000 seniors annually in residential and community-based services.

Dale earned his Bachelor of Arts in Economics from the University of California, Berkeley and a Masters of Public Administration - Health Services Administration from the University of Southern California. Throughout his career, he has served on the boards of numerous business organizations, including the Chair of the United Chambers of Commerce board and many chambers of commerce in the San Fernando Valley. He has also served on various civic and healthcare-related boards, including the California State University-Northridge Foundation, Valley Industry and Commerce Association and the American Diabetes Association. He and his family are also members of Temple Valley Beth Shalom.

Dale has received numerous awards, including the 2016 Fernando Award for Volunteerism and Community Service; Business Person of the Year - Encino Chamber of Commerce; Heart of Gold Award, Child Development Institute; Jewish Home for the Aging - Circle of Life Award; MAPS Charities Community Service Award. In addition, he was the recipient of the San Fernando Valley Business Journal - Healthcare Excellence Award and is a past recipient of the 25 Most Influential Business Leaders Award.

Dale and his wife, Brenda, are longtime community residents of Tarzana. Dale has two married children and three grandchildren. Join our team of dedicated employees, working together to constantly improve and evolve the future of senior care. Take a look at our current openings below. We look forward to hearing from you. 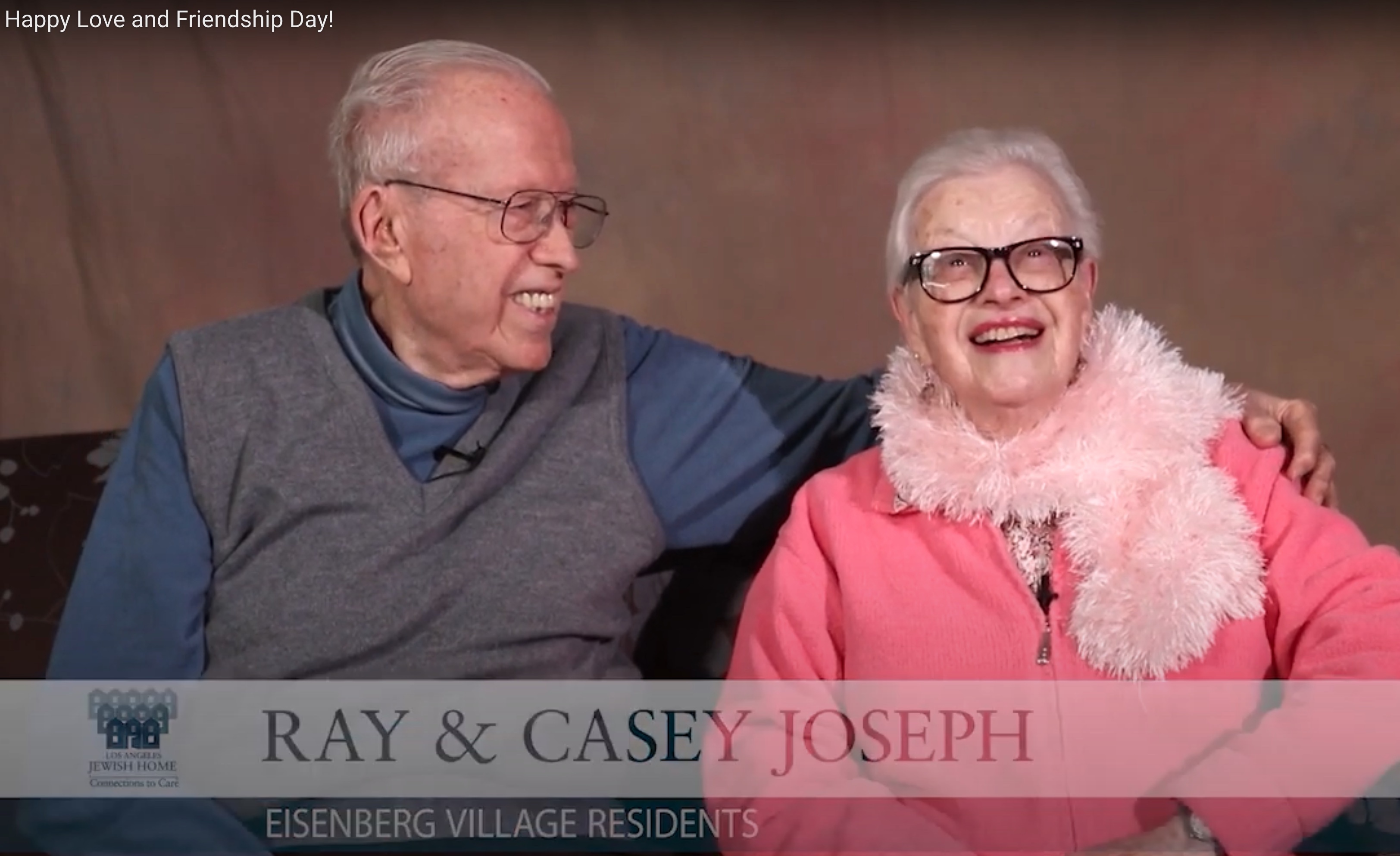 We asked a variety of happy couples who live at the Jewish Home to share their insights into what makes a relationship succeed. 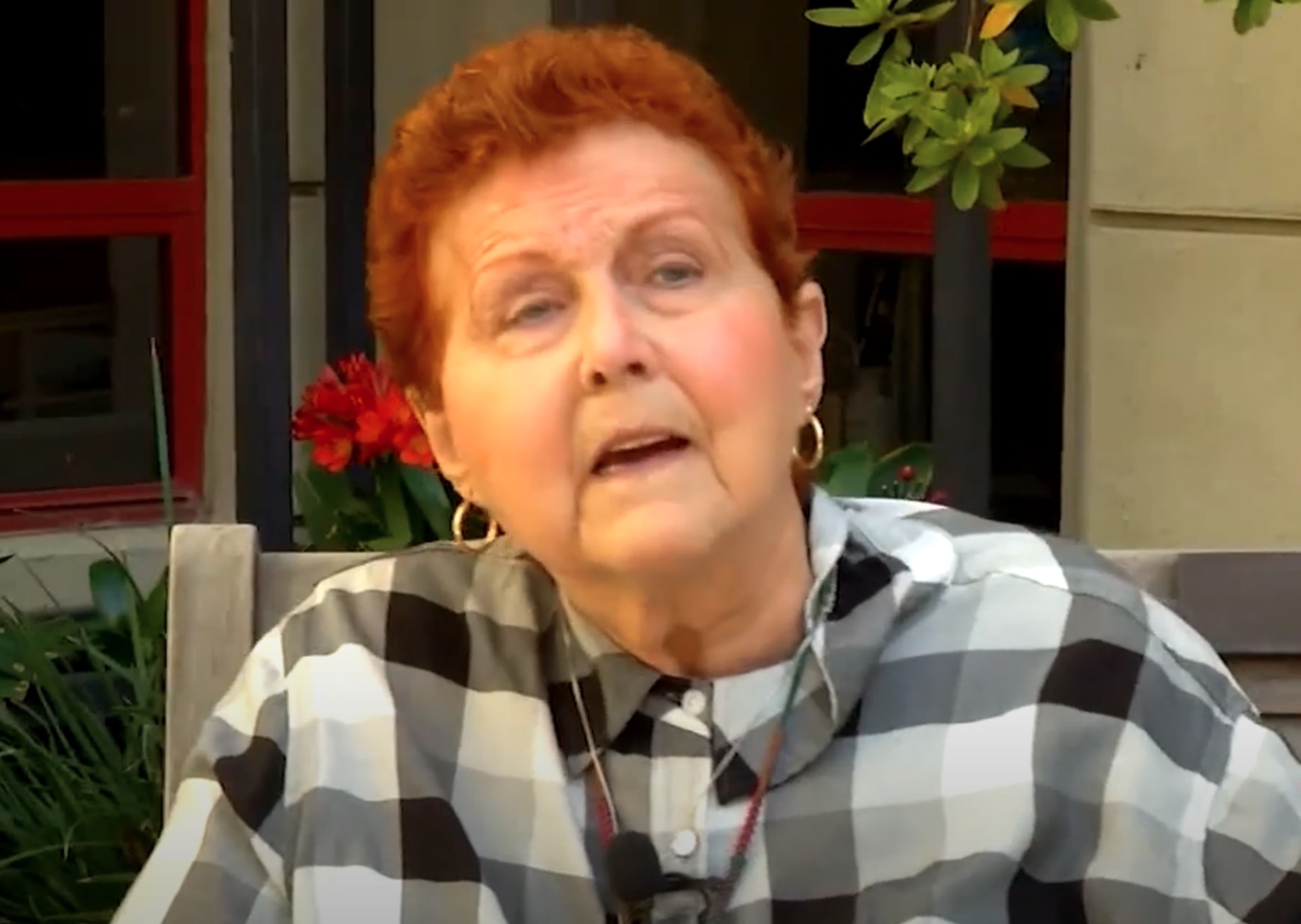 The Inspiration of Poetry at the Jewish Home

Jewish Home residents talk about their interactions with poetry—how it inspires them and sparks their creativity—and read original works. 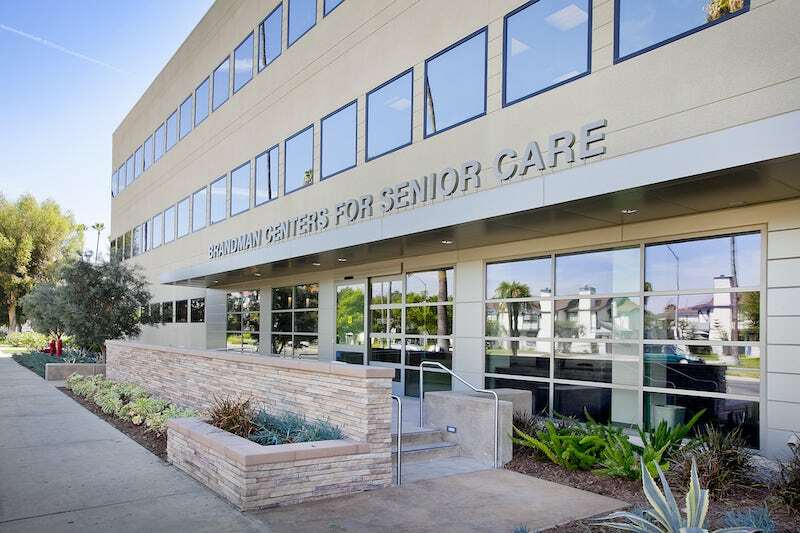 Get a full tour of the Los Angeles Jewish Health Brandman Centers for Senior Care by calling 855.227.3745 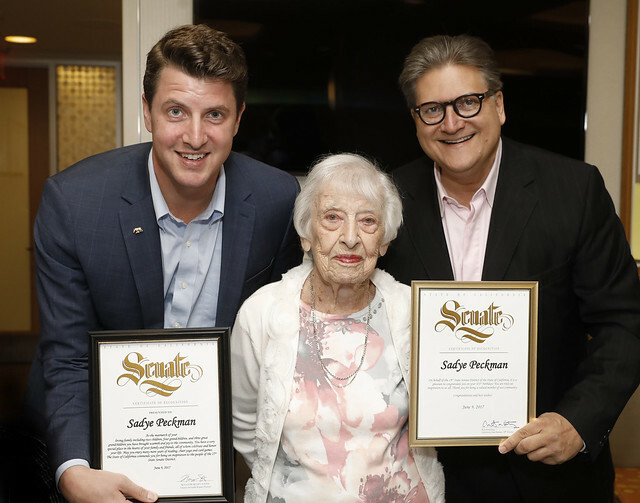 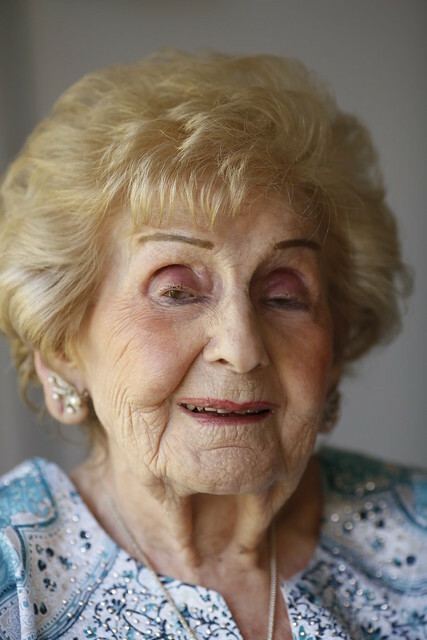 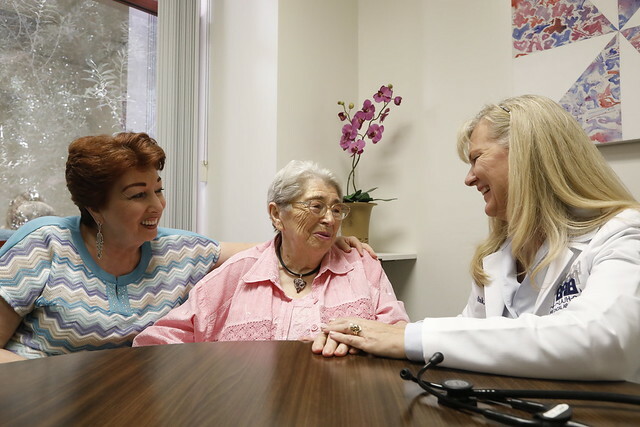 To inquire about Los Angeles Jewish Health's programs and services, who do I call?

We make accessing the full spectrum of Los Angeles Jewish Health's programs and services easy. Call us at 855.227.3745, and we will connect you to our care experts.

We offer a comprehensive range of programs and services to provide the most appropriate level of care for each participant: Our Programs

Can you provide more details about Los Angeles Jewish Health's Brandman Centers for Senior Care and the PACE program?

Los Angeles Jewish Health is a comprehensive healthcare system offering a full continuum of senior care. We serve 1,000 people on our campuses and help more than 5,000 residents live in their own homes.

Is Los Angeles Jewish Health open for all denominations?

Yes. We value and encourage inclusion and diversity while serving seniors of all faiths and backgrounds.

My parent(s) always lived independently in their own home. How will they adjust if they move into Los Angeles Jewish Health?

We know that adjusting to senior living can be challenging. Our highly trained staff work to ensure every resident feels comfortable, welcomed and at ease. We encourage residents to participate in our many activities and join in the warm, welcoming social life here while respecting each person's individual preferences.

Yes. Our campus care includes dietary services under rabbinical supervision, and all dietary laws are observed. We have a staff of dedicated chefs who create delicious Kosher meals every day.

Smoking policies are strictly enforced. There is no indoor smoking. There are designated outdoor smoking areas.

To provide our residents with easy access to medical care, we have clinics offering many medical specialties, including cardiology, orthopedics, oncology, urology, podiatry, dental, and radiology. Our clinics are staffed by LAJHealth physicians who work hand-in-hand with full-time nurse practitioners, providing fully integrated care that responds quickly to individual medical needs.

Can you share a little about your medical team?

Many of our primary care physicians and nurse practitioners are specially trained in senior care. Specialty consultations are available through Los Angeles Jewish Health's clinics by referral of the primary physician. Residents who require off-site specialty services are scheduled for appointments through Los Angeles Jewish Health and will be provided transportation for their appointment.

What is Connections to Care?

Connections to Care is a program designed to help you quickly and to connect you to our comprehensive array of high-quality senior care services. We will connect you to the proper community resources if we cannot meet your specific needs.

My father just had surgery and is now home recuperating. He needs more help than my mother, and I can offer. Can Los Angeles Jewish Health help?

Yes. For seniors returning home from a hospital stay, we coordinate healthcare and rehabilitation services free of charge for Medicare beneficiaries. The goal is to improve long-term outcomes after hospitalization for illness, surgeries, or setbacks and reduce the number of hospital readmissions.

How is Los Angeles Jewish Health’s Alzheimer’s program different from others?

Los Angeles Jewish Health's Goldenberg-Ziman Special Care Center leads the way in the new era of caring environments that maximize comfort without compromising safety. The center was designed in response to the most advanced research addressing how a patient’s physical environment affects their behavior, sense of well-being and even visible disease symptoms.

We see mom slowing down and becoming less independent. We don’t want to wait until the last minute to make plans, but we’re not sure what kind of care she may need. What do you recommend?

Our parents are in good health but need basic non-emergency care from time to time and would like to take advantage of some wellness programs, if available. What are their options?

Our Connections to Care hotline can help you and your parents connect with a full range of community health care day services for independent seniors. One call does it all: 866.806.8468.

Each year, we must raise millions of dollars from the community to continue our quality of care and programs. Government reimbursement programs play an important role. However, there is a significant gap between what the government pays Los Angeles Jewish Health and the costs of delivering the excellent level of care provided here. 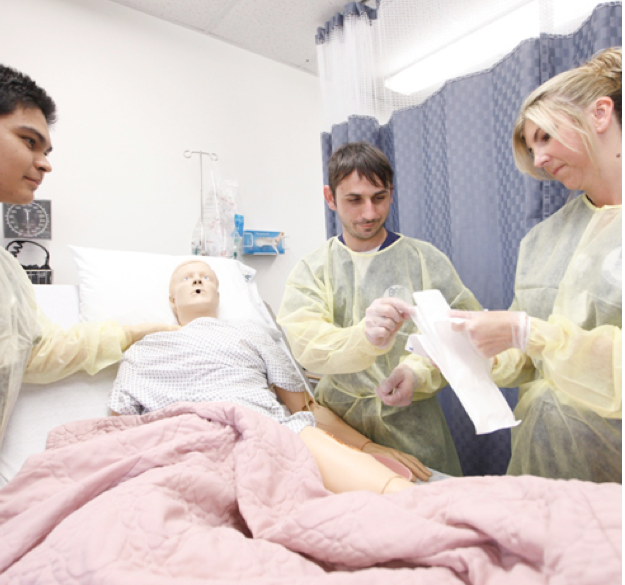 A Program of Los Angeles Jewish Health: The Annenberg School of Nursing

THE ANNENBERG SCHOOL OF NURSING

One of the nation's leading nursing schools - Is approved by the California Board of Vocational Nursing and Psychiatric Technicians (VNPT) and accredited by the Accrediting Bureau of Health Education Schools (ABHES). Whether nursing will be your first career or your next, it all starts here.

Find the right
Los Angeles Jewish Health
community near you. Find a Community